This Article is from Value Invest Asia. Please view the original here.

Listed in 2013, Spring REIT is a HKEX-listed REIT which owns and derives income from China Central Place (CCP) Office Tower 1 & 2 located at Beijing CBD and 84 commercial real estate across the United Kingdom. As of 10 May 2019, the REIT is worth HK$ 4.35 billion in market capitalisation. In this article, I’ll bring you an update on its latest financial results and valuation figures.

Thus, here are 7 things to know about Spring REIT:


Overall, CCP has delivered US$ 75 – 80 million in revenue and has made
Around US$ 60 million in net property income (NPI) for the last 5 years. 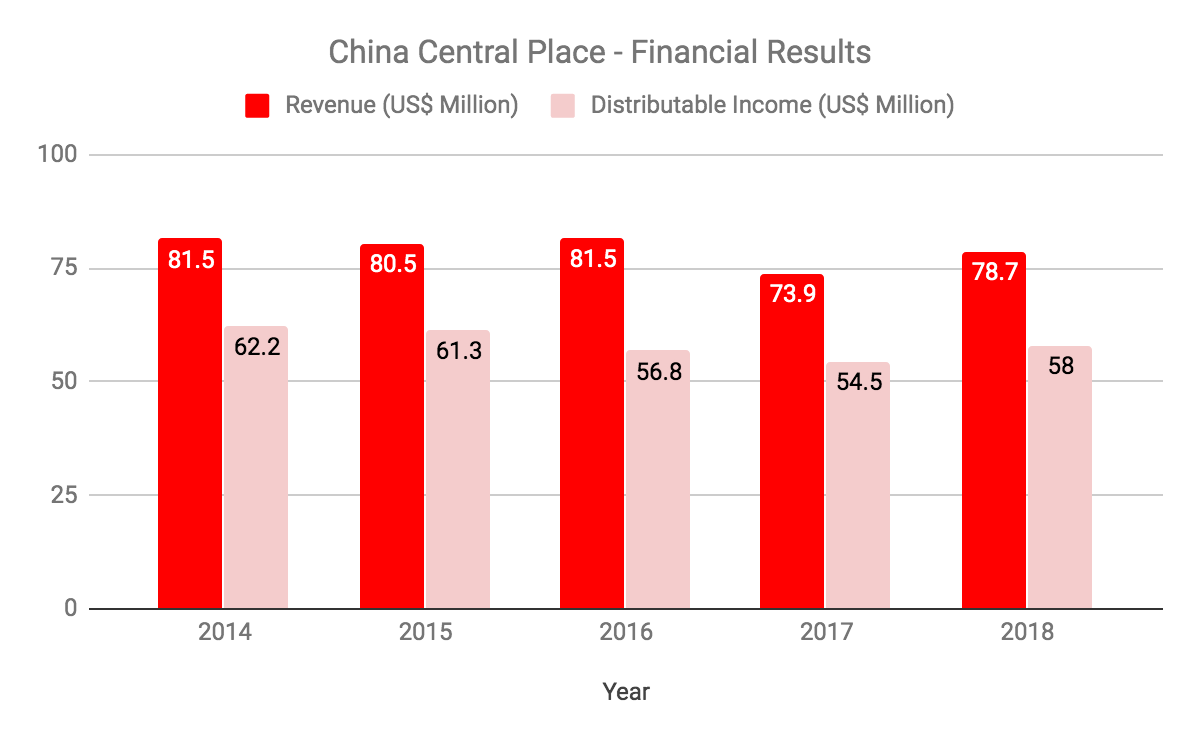 Overall, Spring REIT has reported a relatively flat / marginal drop in its revenue, distributable income, DPU and NAV per unit for the last 5 years. Hence, its unit price had remained relatively stagnant since its listing in 2013. Evidently, Spring REIT has maintained its market capitalisation at about HK$ 4 billion throughout the 5-year period.

This Article is from Value Invest Asia. Please view the original here.

Value Invest Asia is here to bridge that gap, to provide the information necessary for investors to make informed decisions when investing in Asia. We want to create content that we will want to know ourselves as investors. Thus, all our contributors must be investor 1st, journalist 2nd.
see more »